May 19, 2016 PTJack Silos Comments Off on Mill Building 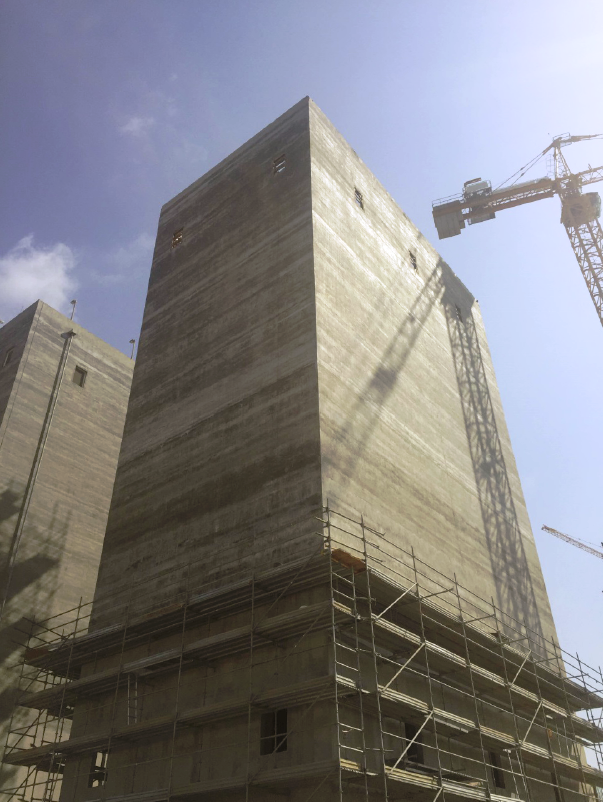 Shown here are two silos that form part of the Jazan B-Mill complex, a flour mill with attached silos that has a production capacity of 600 tons per day. The owner is GSFMO (Ministry of Agriculture of Saudi Arabia).

The general contractor for the concrete work was CEM Estero S.p.a. of Italy, operating from its offices in Riyadh. The contractor hired Gleitbau GmbH to slipform these two silos in late 2015. The slipform height was 28.3 m. Each silo shell was completed in under a week, by working around the clock, pouring concrete 24 hours a day.

Gleitbau GmbH is a leading slipform contractor in North America and the world, executing about 100 slipform projects every year. The company was formed in 1961 and became the industry leader during the 1970s and 1980s through its offshore work in the North Sea. Gleitbau GmbH typically supplies the slipform system, engineering, concrete mix design, geometry control and technical supervision, mostly to general contractors. Heavy lifting services are also provided, many times in conjunction with slipforming. For more information, please contact Michael Veegh.